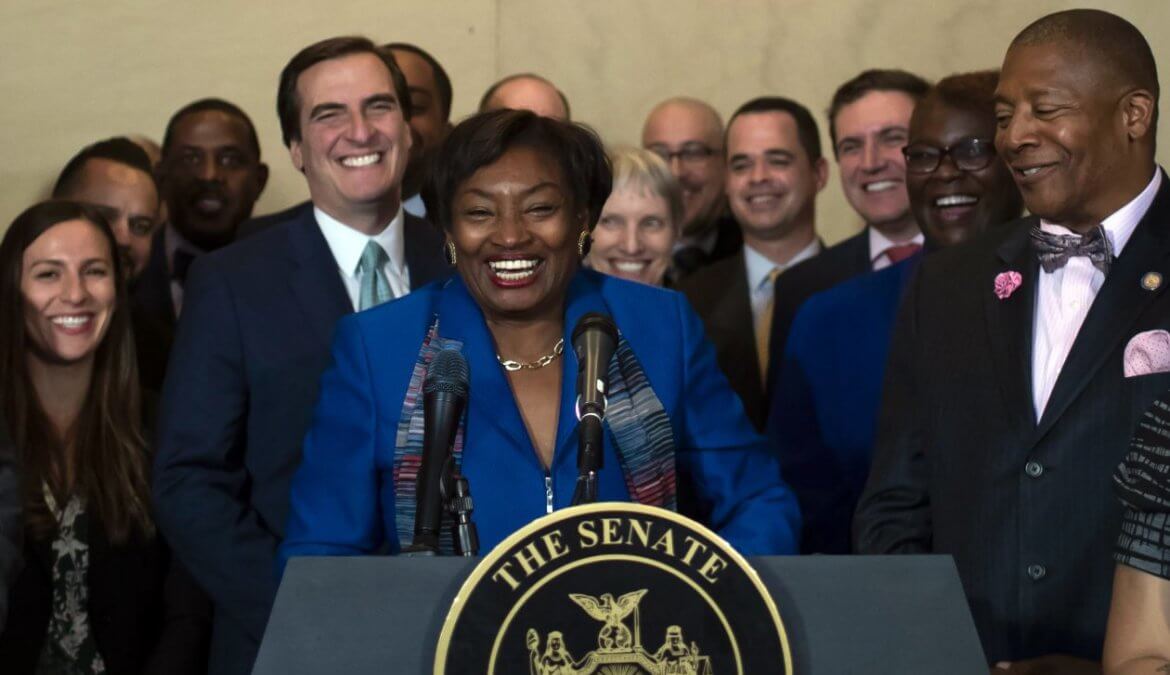 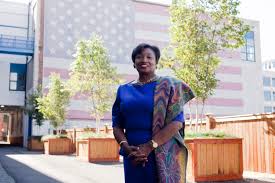 Herstory in the Making!

Join us on Wednesday, January 9th, to witness the swearing-in of NYS Senator Andrea Stewart-Cousins to be the Majority Leader of the New York State Senate. (The Westchester Black Women’s Political Caucus has a bus going to Albany. Click here for Details.)

Senator Stewart-Cousins will be the first female Majority Leader in the her-history of the New York State Senate.

Senator Stewart-Cousins will also be making her-history as the first female leader of either house in Albany.

Senator Stewart-Cousins’ historic mark is as an African-American woman assuming the mantle of a position until now only held by men.

With the support of the voters of NYS, Senator Stewart-Cousins is putting an end to “three men in a room”!

AND this could not happen at a more important time!

We are returning to the time of total states’ rights which means that the individual states will determine whether abortion is illegal, or not.

Congratulations to Majority Leader Senator Andrea Stewart-Cousins and to the voters of NYS!

Governor Cuomo is not abiding by his own campaign promises of standing up for equality for women!

According to RH Reality Check, 7/30/2014, “Gov. Cuomo gave his blessing to the deal that put two men in charge of the Senate, rather than the pro-choice [duly elected majority] leader of his own party, Andrea Stewart-Cousins, the first Black woman to lead a New York State legislative caucus.” But we don’t know that for sure!

What we do know is that in the 2014 New York gubernatorial election, Cuomo unveiled a brand-new Women’s Equality Party complete with a commercial starring himself and his family. The commercial made clear that the passage of the WEA was of utmost importance to Governor Cuomo. Women deserved nothing less. But then the Republicans won control of the Senate in the 2014 elections, and Klein and his buddies, despite pre-election promises, joined forces with the Republicans, again, and Andrea Stewart-Cousins became the New York State Senate Minority Leader.

Fast forward to today. It is budget time in Albany. Sheldon Silver is no longer Assembly Speaker. The Governor and everyone else in Albany has declared it a time for transparency.

Governor Cuomo has the opportunity to make his championing of Women’s Equality mean something. After all, that is what he ran on: equality for women.

Sign this petition and let Governor Cuomo know what you think: Let Her In!
http://petitions.moveon.org/sign/let-her-in.fb52?source=s.icn.fb&r_by=5603782