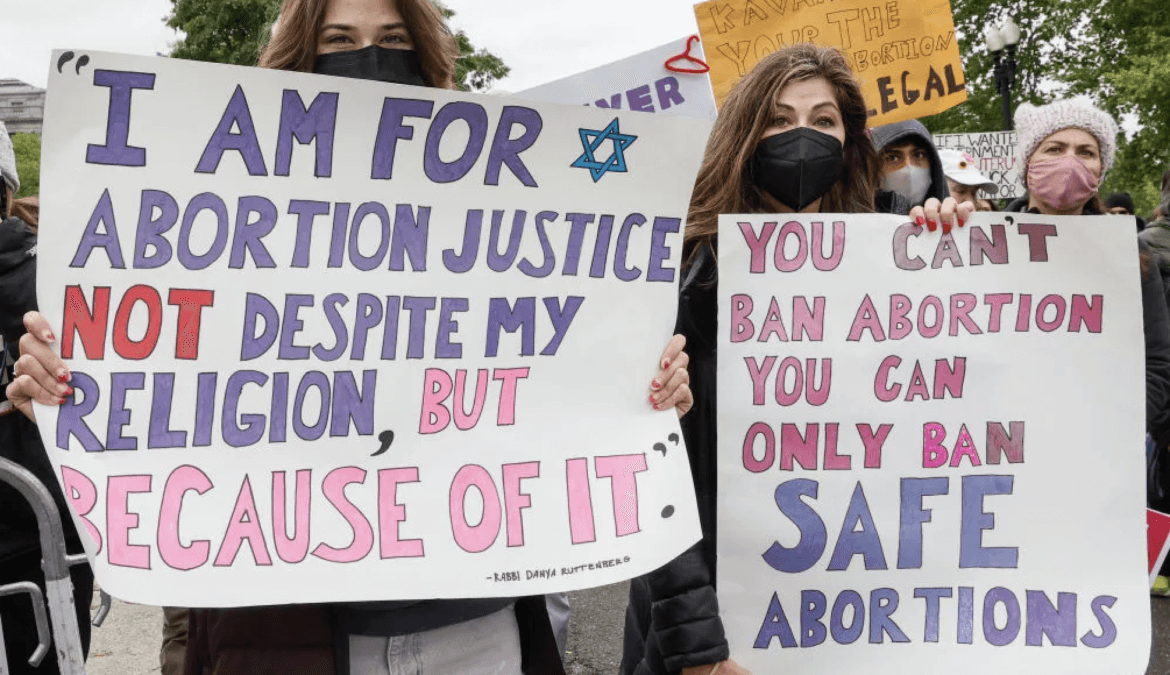 Since its independence, the United States has been a secular nation. The concept of separation of church and state is key, and written in our nation’s founding documents. Sadly, all three branches of the federal government have worked to erode this constitutional principle in recent years. Now, with an extremist majority in control, the US Supreme Court has taken a decisive step to completely do away with that cornerstone of governance.

Without uttering a single word, the leaked US Supreme Court decision to overturn Roe vs Wade clearly links religion and government.  The decision cites the primary reason to overturn Roe as the absence of the recognition of a right to privacy anywhere in the Constitution. This has long been argued by extremists like Rick Santorum as the reason several decisions were incorrectly decided and must be overturned. The recognition to the right to privacy is the cornerstone of decisions recognizing the right to same-sex marriage, to interracial marriage and to contraception. All of these decisions are adamantly opposed by religious extremists, and now by the new US Supreme Court majority.

The right to privacy is the key principle in each of these decisions. It is not mentioned in the Constitution, but neither are many other accepted parts of our daily lives. Can the Supreme Court only issue decisions based on the precise words found in the Constitution? If so, how can it issue a single decision about 21st century concerns such as personal use of the internet.

Each of the justices voting to overturn Roe, thereby enabling all US states and commonwealths to outlaw abortion, has a personal agenda driven in great part by their own religious views. Their inability to separate their person religious worship from their position on the bench is extremely unethical and runs in direct opposition to the founding principle of separation of church and state. This raises the question, how long will it be before Americans are forced to adopt a singular religious view, one – like in Nazi Germany or Russia or China – is dictated by the government and not individual belief? People came to this country to worship freely, away from dictatorial controls.

Individual religions regard abortion and contraception differently, as they do same-sex marriage. Individual people do too. The value of individualism has always been one presented as a cherished aspect of our lives here in the United States. Unfortunately, it is not regarded as it once was. (The Buffalo shooting and its tie to the “great replacement conspiracy theory”  are frightening evidence of that.)

Essentially if Roe vs Wade is officially overturned, religious freedom in the United States will have taken another step in the wrong direction. Personal belief will no longer be “personal”. It will be increasingly state regulated and decided.