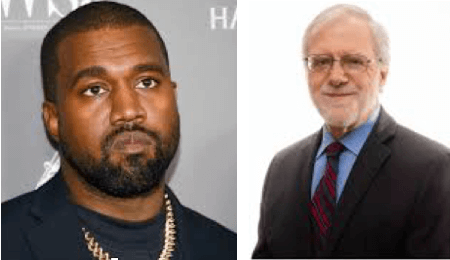 Third-party voting may seem attractive because candidates can appear as a viable alternative. BUT, at the end of the day, they are not. The United States presidential elections are still a two-party fight, and the cost of a third-party candidate plays directly into the hands of the Republican Party – At least, the Green Party does. Why? Because the Green Party platform is far more closely aligned with that of the Democratic one than the Republican one. As documented by The New York Times, the Republican Party, and some supporters of GOP candidates, support Green Party candidates up and down the ballot so that they can syphon off votes from Democrats.

Four years ago, the Green Party candidate Jill Stein, got votes in Wisconsin, Michigan, and Pennsylvania that exceeded the margin between Donald Trump and Hillary Clinton.  Many blame the Green Party for Clinton’s loss, because those voting third party made it possible for Trump to take these states by a very small margin.

The Republican Party has a history of financially supporting the Green Party in efforts to manipulate the outcome of state and federal elections. The 2020 election is no different. A G.O.P. Elections Commissioner from Wisconsin worked, unsuccessfully, to get Howie Hawkins, the Green presidential candidate, on the ballot there. Hawkins has acknowledged Republican aid but, whether out of hubris or plain ignorance, dismissed it as irrelevant. In an interview, Hawkins stated, “I’m aware that some of that’s been done, Republicans collecting signatures for Green Party ballot access. I heard about it after the fact.” Over the summer there were numerous signature collectors from California and Florida working in Pennsylvania to get Hawkins on the ballot. The NYT found that the company sending petitioners to Pittsburgh was brought in by L&R Political Consultants, a company run by Larry Laws who was joined by Tim Mooney. Laws and Mooney worked together in 2004 to get Ralph Nader on the ballot. Trump is polling behind Biden nationwide which may explain why Republican operatives are again funneling resources to the Green Party.

The GOP approach is truly a stealth operation. It is advocating for its candidates while pushing third-party options like Kanye West and Howie Hawkins to take votes away from the Democrats. And in some cases, to such an extreme degree that the third party knows nothing about what is transpiring, like in Florida in 2009, when the Green Party didn’t even know the candidates who got on the ballot.

Voting for a third-party candidate takes away votes from the two major parties; and that can lead to unintended consequences. There are five candidates on the presidential ballot in New York, three of those are third-party candidates. Before you vote, remember Jill Stein in 2016 and Ralph Nader in 2000. Nader won more than 97,000 votes in Florida. This was the race that made history, with less than 600 votes delivering the state, and the presidency, to Bush.