A portrait of Dorothy Height is on the Black Heritage forever stamp this month. She was an amazing woman with more credits to her name than most of us could ever dream of. She spent almost 50 years of her life fighting for race and gender equality.

She helped organize the 1963 March on Washington, and was the only woman to stand on the stage with Dr. Martin Luther King Jr. Â But, despite being a march organizer and representing the National Council of Negro Women, she was not asked to speak.

Dorothy Height recognized a fundamental truth – a truth that we must embrace today. Women’s rights, including the right to choose – the very right to control your own body – encompasses all women and must, therefore, include all women on the front lines.

Height and other black women leaders sought to empower the black community to fight restrictions on abortion. The African-American Women for Reproductive Rights, an influential black political, social and grass-roots organization, gave voice to that.

We will include Dorothy Height on our 45th anniversary wall Recognizing the Pro-Choice Voter.

The irony that it took until Trump was in the White House for her image to appear on our 1st class postage stamp cannot be overlooked. Trump and his administration seek to Â destroy all we have fought for, for Â so many years â€“ including birth control and abortion rights. Dorothy Height’s portrait stands as a reminder that we can neither stand idly by nor can we isolate ourselves in groups as we wage this battle.

We are proud to announce the formation of Women for Westchester (a.k.a. Women 4 Â Westchester.)
And we need you!

Women for WestchesterÂ (W4W) is an alliance of our countyâ€™s residents committed to advancing legislative bills, social policy, and actions that enable women to participate more fully and equally in society.

W4W’s first focus will be the Womenâ€™s Equality Agenda.

Women are discriminated against in almost every aspect of their lives and, sadly, these inequalities only increase throughout a womanâ€™s life. Did you know that women are twice as likely to live out old age in poverty than men?

Click Here to Read More Details about the Agenda

Join Women for Westchester as we move forward.

W4W will ask every elected official and candidate for office throughout Westchester to sign our petition in support of the Womenâ€™s Equality Agenda 10-point proposal. The principles are clear.

As Lt. Gov. Duffy said, â€œOver the years, New York has fallen behind on important womenâ€™s issues, and for this reason, it is essential for the Womenâ€™s Equality Act to become law this year. With the commitment and support of passionate advocates like all of you,â€â€¦ â€œour voices will be heard and we can make New York a fairer, more equal state for women in 2013.â€

W4W is looking for volunteers from throughout the County.

Please email us at: Catherine@WomenForWestchester
so that we can get organized!

Women for Westchester is affiliated with WCLA â€“ Choice Matters.

Let me start by saying thank you to those who came out. Because you were there, you gave force and conviction to our words.
The great news is that we won. The vote by our legislators on the Reproductive Health Care Access Bill, which came one week after the Public Hearing, was 10-7 our way.

Ten legislators voted to pass our bill which guarantees safe access for women to enter and exit reproductive health clinics while protecting First Amendment Rights to free speech.Â  This was a great victory. It has taken us more than 14 years to get this far.

Unfortunately, the bad news is thatÂ  our success will be short lived because the County Executive who is an anti-choice extremist will veto this bill.

-And, most importantly, because we have two turncoats in our midst, we will not be able to override the anti-woman County Executive’s veto.

Most disturbing to me in this is that these two turncoat opportunists –Jim Maisano and Bernice Spreckman — who would have given us our super-majority override against the County Executive’s veto, voted against protecting the women of Westchester.

Instead, turncoats Maisano and Spreckman decided to launch their own personal war on women in order to further their own political and personal agendas.

Maisano stated to pro-choice advocates that he had to choose between the women of Westchester and the Conservative Party endorsement.

To Maisano, the Conservative party is more important than the health care of, according to the census, 51.6% of Westchester’s population.

More precisely, Maisano does not care about the health care of young women and those who cannot afford a private doctor.

Maisano only cares about his own political career, and has concocted a list of fabricated arguments to explain why he did not vote for the bill. All of his arguments have been refuted by great legal minds who do not have a political agenda.

Bernice Spreckman’s reason for betraying the trust of Westchester’s women is different.
Spreckman’s son apparently now works for County Excutive Rob Astorino. This is Spreckman’s own form of job security. She knows that Astorino is an anti-choice extremist, so she decided to look out for her son and turn her back on the women of Westchester.
Some think that it is wrong that I tell you that – somehow family facts are to be kept private. I do not agree. When the facts affect an elected official’s abiltiy to make sound decisions that impact the of 51.6% of the population then I believe the public deserves to know.

Fact: Jim Maisano and Bernice Spreckman sought our endorsement for more than a dozen years, and received it.

Fact: They used our endorsement to get elected.

Fact: After all those endorsements, this was the first time that we sought their vote and their voice â€“ as their two votes are critical.

Fact: NOW when their vote counts, they voted NO!

Fact: For political expediency, theyÂ  turned their backs on all of us who voted for them, slamming the clinic door in our faces.

At this juncture we must tell Jim Maisano and Bernice Spreckman we will not tolerate their empty words and empty promises.

Our endorsement and our votes do matter and we will not be used again. 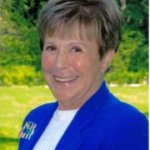 When running Nan Hayworth claimed to beâ€”what was it againâ€”on yea, pro-choice but now she doesnâ€™t want to take a position. Now, she seems, shall we say, conflicted: Vote Party line (and platform) or support women?

FYI:
1. Hayworth has defended the No Taxpayer Funding for Abortions Act in letters to constituents.
2. Hayworth has failed to take a stand on redefining rape; and
3. Hayworth justifies tax penalties for abortion.
4. Nan Hayworth is Anti-Choice!

Congressman Phil Roe, M.D. (R-TN) who is co-sponsoring the bill to redefine rape, to make it Â forcible rapeâ€”in other words, physically brutalâ€”will be speaking at Mount Sinai School of Medicine.

We are calling on as many pro-choice supporters to be there. We must be there to show him we know what he is trying to do, and we say, â€œNO!â€

Join with members of AMSA, Medical Students for Choice, Physicians for Human Rights, andÂ  other groups who are planning to be in front of the auditorium.

Remember this is one of the Congressional extremists who wants us to: forget about the victim who was given a drug, passes out andÂ becomes an unconscious target; forget about incest where a child is scared of her attacker; forget about the wife who is raped by her husband and forced to succumb; and forget about the rape that occurs with a knife to your throat.

A special thank you to the medical students of Mt. Sinai for organizing a strong opposition.

Anti-choice crazy extremists in Congressâ€”mostly Republicans but with some Democrats thrown into the mixâ€”are fighting to redefine rape so as to limit any form of funding for victims (in this instance thatâ€™s definitely we women.)

They want to redefine it as â€œforcible rape.â€ One would think the definition of rape is forced sex, but not to these zealots. They want it to only constitute rape when the victim is pulverized.

Why are they doing this? Because they believe in their perverted hearts that if they successfully change this definition and then apply it to the Hyde Amendment, they will eliminate the funding of abortions that are now permitted.

The Hyde Amendment, which is enshrined in federal law targeting poor women, prohibits the use of federal funds for abortion except in a very few specific cases, two of which are rape and incest.

Todayâ€™s Congressional crazies think that this rape and incest exception is too broad. If that child was not beaten when her father raped her, to them, it doesnâ€™t count! My suggestion is letâ€™s see how these zealots each fare after being raped. The men wonâ€™t end up pregnant but at least theyâ€™ll experienced forced intercourseâ€”anal, with an object, or otherwise! Then, they can come forward, putting their entire lives on the line, testify and be told it wasnâ€™t rape because they werenâ€™t beaten.