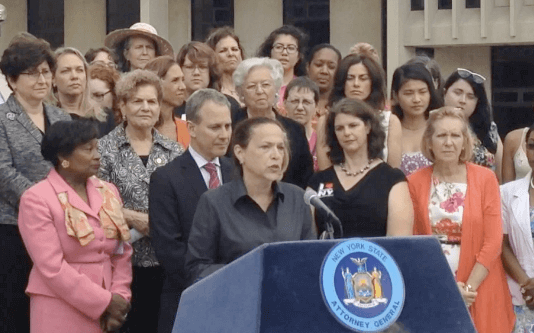 Sorry, Mitt, Corporations are NOT People!

This case pits corporations against womenâ€™s health care.
â–ªThe Affordable Care Act requires health insurance plans to cover contraceptives without additional cost-sharing; and
â–ªHobby Lobby, Inc. (HL) does not want to comply. It is claiming that the requirement to cover contraceptives violates its â€œpersonalâ€ religious beliefs.

But HL is a corporation, an “it”, a thing, not a person. And the founder of HL, David Green, made the decision to make HL an “it”Â years ago.Â Corporations do not have a gender, or personal identity, or religion.

That isÂ what makes this lawsuit so completely outrageous.
A corporation is an independent legal entity owned by shareholders. This means that the corporation itself, not its shareholders, is held legally liable for the actions and debts the business incurs. When an individual or group of individuals chooses to incorporate a business, it is because that individual or group wishes to be shieldedÂ from personal liability and to realize significantÂ tax benefits. HL and David Green have been reaping the benefits of HL being a corporation for over 41 years.

When David Green decided to incorporate HL in 1972, making it a corporation, he accepted the trade off.Â  Becoming a corporation limited Greenâ€™s personal liability, but it also technically made him no longer the owner. The corporation and the individual were no longer synonymous.

Officially and technically, Green became a shareholder. That means that if something bad happens â€“ for example a child suffers lead poisoning as a result of an HL-sold craft â€“ HL would be sued, not David Green. Greenâ€™s personal property would not be at risk.

Shareholder Green and HL should be told they canâ€™t have it both ways. And if Hobby Lobby doesnâ€™t want to provide contraceptive coverage, the corporation should pay the fine!