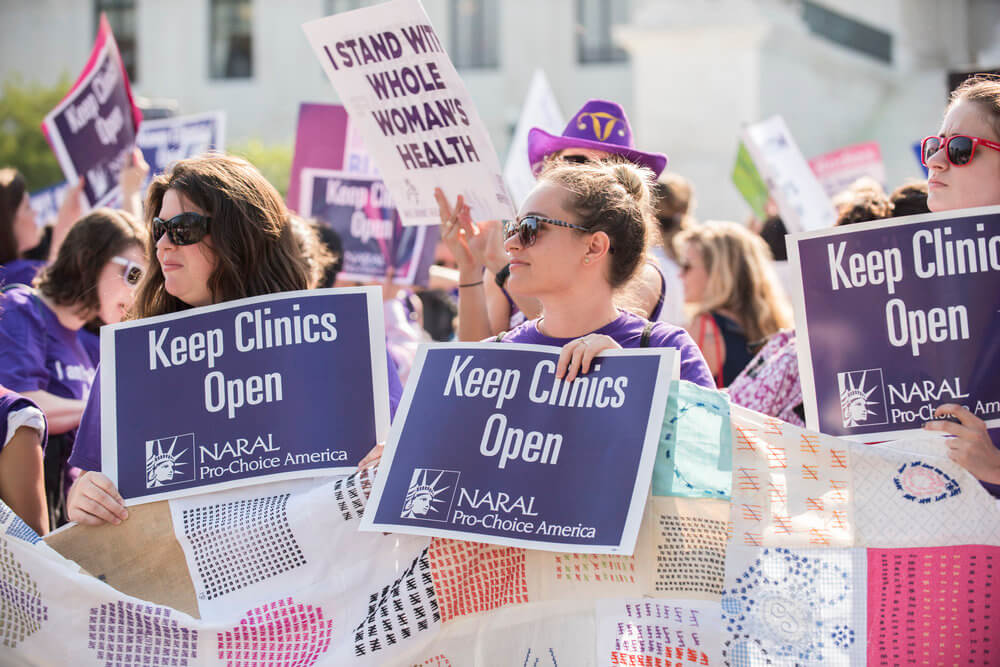 Amidst the COVID-19 outbreak, officials have issued a rule that all “elective” surgeries, as well as non-essential medical, surgical and dental procedures should be delayed to preserve personal protective equipment, beds, and ventilators. Now, around the country, women wait as individual states debate whether abortion is an “essential” service or not. Instead of addressing abortion as time sensitive and a part of healthcare, too many state governments and anti-choice activists are using the pandemic as a means of advancing an anti-abortion agenda.

According to The American College of Obstetricians and Gynecologists, “Abortion is an essential component of comprehensive health care. It is also a time-sensitive service for which a delay of several weeks, or in some cases days, may increase the risks or potentially make it completely inaccessible.”

There is radical opposition to that medical view from anti-abortion advocates. For example, in Ohio and Texas abortion clinics are being directed to be shut down during the pandemic. Ohio Deputy Attorney General Jonathan Fulkerson sent letters to three abortion clinics ordering them to “immediately stop performing non-essential and elective surgical abortions. Non-essential surgical abortions are those that can be delayed without undue risk to the current or future health of a patient.” (This definition fails to address the reason for the abortion.) Officials at Women’s Med Center in Dayton and Planned Parenthood of Greater Ohio said they would continue to provide abortion care despite State Republicans trying to stop surgical abortion procedures. The clinics responded publicly by stating that abortion is essential and they are complying with state orders to stop nonessential surgeries.

Texas is another state that is labeling abortion as nonessential. Texas Governor and anti-abortion zealot Greg Abbott declared that most abortions will be put “on hold” until at least April 21.  Texas Attorney General Ken Paxton said, “that anyone failing to comply with the Governor’s executive order faces fines up to $1,000 or 180 days in jail.”

As of now, there are still several states that have labeled abortion as an essential service and will continue providing them. New York State is one of the states that recognizes abortion is an essential procedure. All Women’s Health and Medical Services and Planned Parenthood are both on the front lines keeping patients and medical staff safe while serving a vital medical need. Meera Shah, Chief Medical Officer for Planned Parenthood in Long Island, Westchester, and Rockland – three of the hardest hit areas by the coronavirus – stated that Planned Parenthood’s doors remain open. They are following the protocol recommended by the CDC and the Department of Health. As described in The New York Clinics, All Women’s Health and Planned Parenthood are screening patients before treating them, limiting the number of people allowed in the waiting room and making sure they are six feet apart. All family, friends or clinic escorts must wait outside until the appointment is over.

It is clear that as more anti-choice state governments use the pandemic as an excuse to limit access to abortion, women’s health will suffer.