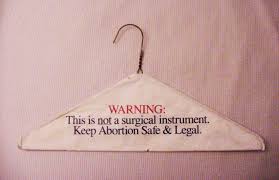 Bruised, Beaten, Distraught But Not DEFEATED. WE GET UP AGAIN.

Yes, survivors from all over the country spoke out and millions of Americans called, protested, and marched. But still, two key senators committed to voting to confirm Brett Kavanaugh, basically assuring his place on the Supreme Court.

Yes, Kavanaugh lied under oath. He lied about sexual assault. He lied about overturning Roe v. Wade. He lied about his determination to find against requiring insurance companies to cover pre-existing conditions. And tomorrow, they will confirm him anyway.

Yes, we are despairing. But more importantly, We Are Angry- and that anger will take us farther, to the place we must go to win.
The women of New York deserve nothing less.

We’re organizing – stand up for the rights of women, survivors, and everyone else under attack by Donald Trump and Brett Kavanaugh.

Women all across the country came forward to courageously share their stories.

Together, we said “HEAR ME.” We said “LOOK AT ME.” And we said NO to Brett Kavanaugh.

Today Susan Collins and Joe Manchin committed to voting “YES” for Brett Kavanaugh, and therewith we fell short of the votes we needed to stop Kavanaugh.

But that defeat will feed us. Our power – the power of our movement has grown and will continue to grow–and this November we will storm the polls and show the politicians what our power can do – WE WILL VOTE!

Brett Kavanaugh is a lying sexual assaulter and extreme right-wing political hack. His horrific confirmation to the Supreme Court gives us all the power to put our fury to work.

>Only one Senate Republican seemed to care about us.

>The FBI investigation was a total sham.

We must channel our fury and use it to drive voters to the polls all over New York State.

We can make New York State a Reproductive Rights sanctuary so that women cannot be ignored. Not Here. Not Now. Not Ever.