Stop those accused of sexual assault 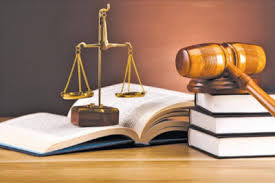 It has been brought to our attention that former Senator Jeff Klein is being considered for a judgeship by the Bronx Democratic Committee.

As the voices of hundreds of thousands of women from across New York State, we ask that Jeff Klein be held to the same standards demanded of Brett Kavanaugh by the US Senate Democrats.

They are demanding that until such time that a complete investigation has been conducted and concluded, the nomination of Brett Kavanaugh should not be permitted to come to a vote. That same standard must be apply to consideration of Jeff Klein.

Governor Cuomo has said, “The allegations of sexual assault against Judge Kavanaugh are disturbing and deeply concerning. We owe it … to the American people to fully investigate these allegations — our democracy demands nothing less.”

As the Bronx Democratic Committee, you must surely see that there is no room for a double standard.

Jeff Klein should not be considered for a judgeship until such time that the allegations lodged against him over nine months ago are fully investigated, and conclude.

We the undersigned respectfully ask that you do not consider Mr. Klein for a judgeship at this time.