On June 20th, in a much-welcomed victory, New York Attorney General Eric Schneiderman introduced a lawsuit to â€œprotect women from abuse and intimidation outside of a reproductive health clinic in Queens.â€ If successful, it would create a cushioning of 16 feet outside of the clinic to guarantee women have the freedom to exercise Â their constitutional right to access reproductive healthcare without the intimidation and harassment that has become far too familiar.

This is a much-needed, celebrated win for the women of New York. We commend the Attorney General for his continued support and empowerment of women when too few officials are willing to stand up for basic human rights.

In the time of Trump, this is exactly the kind of action that is imperative, now more than ever. We hope AG Schneidermanâ€™s action will inspire others in cities and states across the country to follow New York Stateâ€™s top law enforcement officerâ€™s lead.

Read more about AG Schneiderman’s action to protect the rights of women to safe access. 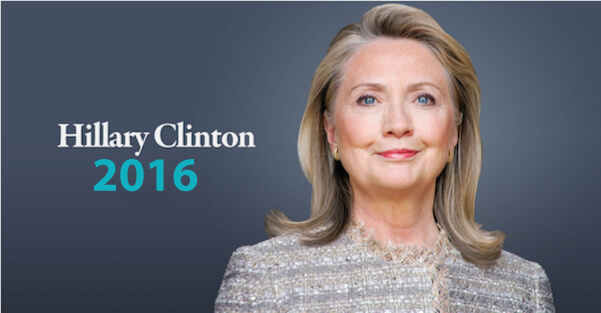 FINALLY!Â  We have a Presidential Candidate who considers â€œwomenâ€™s rights to be human rights and human rights to be womenâ€™s rightsâ€.
Hillary Clinton has an outstanding activistâ€™s record of advocating for women and their families.Â Â
She is a candidate who:
This candidate â€“Â who happens to be a womanâ€” has made gender equity and advancing the rights and welfare of women key components of everything she has done.Â  At every turn, Hillary Clinton demonstrates that the advancement of the rights and opportunities for women and girls is central to who she is and what she stands for.If you are ready to support Hillary, Choice Matters is looking for volunteers to help reach out to voters in the coming months.Â  You donâ€™t have to travel across the country to make a difference.

Please complete the form belowÂ to give us your contact information so that we can reach out to you in the months to come.

How many times have you been part of the handwringing conversation lamenting the lack of involvement in the fight for reproductive rights by a particular group of people –Â Â the â€œwhy donâ€™t _____ careâ€ conversation?Â (Fill in the blank with whomever you want: young people, college students, young professionals.)

But isnâ€™t that assuming itâ€™sÂ theirÂ fault, not ours? Maybe thatâ€™s wrong. Maybe we havenâ€™t been thinking outside of our own little boxes.

The newspapers are full of articles about the decrease in the number of people who identify as â€œpro-choice,â€ but not in the number who believe a woman should have access to full comprehensive reproductive rights.

So, just maybe, we need to involve people where they are, not where we are.

Choice Matters has decided to take on that challenge — of reaching out and involving theÂ pro-choiceÂ public that does notÂ come out to marches and rallies, which results in them stayingÂ under the radar.

Why? Because people really do want to have a fun, andÂ Zumba is the rage across the country, with women of all ages and demographics.

I invite you to look at our facebook pageÂ Cardio Dance for Choice with Zumba Fitness.Â Most of the people registered so far would never think of going to an event to hear a speaker or attend a rally.

We are focusing on where people areÂ and they happen to be doing something thatâ€™s both fun and good for their health. Maybe thatâ€™s the key. After all, isnâ€™tÂ reproductive rights about healthcare and being able to make safe healthy choices?

But it wonâ€™t work without you!

We are the broke relative, the one willing to do the heavy lifting but without the funds to do so.

If everyone who reads this email contributed $25 we can make it!

If this event is as successful as it looks like itâ€™ll be, we could do a Salsa dancing event later this summer, or a networking event at the new fondue restaurant in White Plains. Weâ€™re open to suggestions.

All I know is that if we are going to capture those that believe a woman should have access to full comprehensive reproductive rights, but donâ€™t call themselves â€˜pro-choiceâ€™, we must start thinking outside the box!

â€œWhen we should all be focused on creating jobs and growing our economy, extreme forces in the House are mounting a new effort to cut critical funding for womenâ€™s health care and curtail womenâ€™s rights,â€ said Senator Gillibrand. â€œI strongly urge all of my colleagues in the Senate to stand strong against this unprecedented effort to restrict access to womenâ€™s reproductive health care. We cannot allow this type of assault on American women to gain any ounce of traction.â€

â€œWomen in Connecticut and across the country deserve nothing less than unfettered access to their trusted health care providers and vital health care services,â€ said Senator Blumenthal. â€œEfforts by Republican House leadership to overturn long-settled understanding of the law are deeply troubling, and I will strongly oppose them. I am asking colleagues to join in a bipartisan fight against any measure that would so severely set back and sabotage womenâ€™s health care and rights.â€

In the letter, Gillibrand and Blumenthal tell Senate colleagues:
The Republican House leadership has made it a top priority to move legislation that would redefine the long-settled understanding of what constitutes federal funding of abortion, and to defund Planned Parenthood health centers around the country. Both bills introduced by Representatives Smith and Pence are likely to pass the House, and we will no doubt see attempts to pass these bills in the Senate.

We must work together to stop these bills in their tracks, as they represent an unprecedented effort to restrict womenâ€™s access to reproductive health care and to their trusted health care providers.

Gillibrand helped lead the fight in the Senate to oppose the harmful and dangerous Stupak Amendment to health care reform and has long advocated for affordable access to quality reproductive care for all women.

Blumenthal has been a steadfast supporter of a womanâ€™s right to choose; as Connecticutâ€™s Attorney General, he consistently advocated for expanded access to vital reproductive health services.

We wanted to call your attention to a recent New York Times editorial highlighting two pieces of legislation introduced in the House that seek to undermine the ability of women to access comprehensive health insurance coverage and to see the trusted health care providers on whom they rely for medical care.

The Republican House leadership has made it a top priority to move legislation that would redefine the long-settled understanding of what constitutes federal funding of abortion, and to defund Planned Parenthood health centers around the country. Both bills introduced by Representatives Smith and Pence are likely to pass the House, and we will no doubt see attempts to pass these bills in the Senate.

We must work together to stop these bills in their tracks, as they represent an unprecedented effort to restrict womenâ€™s access to reproductive health care and to their trusted health care providers.

We hope you will take the time to read this editorial and consider the many ways in which the Smith and Pence bills would negatively impact the health care available to women. We look forward to working with you to make sure that women can continue to have access to reproductive health care and the health care provider they rely on.

Right to Life County Executive Rob Astorino is wasting no time building his first budget on the tenets of Anti-Choice Extremism: Champion the Fetus, but once itâ€™s born, throw it under the bus…deprive it of food, health care, shelter and education.

He took a sledge hammer to child care funding, pulverizing it by taking away 4.3 million dollarsâ€”this after the most recent census data reported that 16.7 percent of Westchester children under 5 years of age are living in poverty, which is up from 9.6 percent in 2005.

Even the business community opposes the Astorino-style anti-child budget. Why? Because they insist that we will only stem our country’s declining competitive advantage in the global economy if we invest in our childrenâ€™s early years. The strongest advocates for increasing spending for quality services for young children are leading economists like Nobel winner James Heckman and Art Rolnick, and national groups like the U.S. Chamber of Commerce and America’s Partnership for Economic Success.

Astorino also cut all the 4-H programs in Westchester, which rely on matching grants to survive. If Westchester does not provide any funding, there is nothing to match!

Anti-choicers like to claim the moral high ground and supposed family values, but, in reality, those like Astorino donâ€™t care about peopleâ€”or at least not about families that are financially different than their own.

Astorinoâ€™s Next Target: Families.
Astorino is planning on closing one of the most highly regarded family shelters, WestHelp, which houses 70 homeless families. The shelter is part of the HELP agency which was founded more than two decades ago to provide transitional housing to the homeless. It has 108 units and offers its residents job training and day-care services. WESTHelp’s occupancy rate has doubled since September and can be expected to continue to rise as applications for food stamps have risen in recent months.

Astorino also has Westchesterâ€™s health care system on the chopping block. Treating thousands of patients annually, the community health centers, Open Door Family Medical Center and Hudson River HealthCare have taken on the role of the Department of Health’s local clinics, providing preventive health care to the poor and uninsured. Astorino plans to savage their budgets, resulting in, among other things, kids without inoculations, women without prenatal care and seniors without necessary medical treatment.

Astorinoâ€™s piÃ¨ces de rÃ©sistance budget cut: He is closing all the community mental health clinics this yearâ€”50% on January 1, 2011 and the remaining 50% on July 1, 2011. Clearly Mr. Astorino is out of touch with the needs of real people and their families.Â  Depression which often leads to domestic abuse, murder, and suicide is a direct result of unemployment and feeling out of control.

Remember, Astorino is dong this as job loss has driven more Westchester residents into the ranks of the uninsured and underinsured.

Astorino is Playing Three-Card Monte with Your Tax Dollars!
Astorino claims that he is doing all this to lower taxes by 1%-but there really is no 1% decrease.Â  Astorino is raising fees and borrowing money to pay: 1. tax certiorari payments, 2. increased cost of pensions, and 3. pension buy-outs.

We will be paying for that for years to come. If anyone sees a reduction in his/her county taxes it will be approximately $20, and then only under very limited circumstances!