You can’t make this stuff up!

Yale University has officially redefined rape, which must be making some of last year’s extremist candidates happy. At Yale it will be considered nonconsensual sex and worthy of only a written reprimand.

If you are a Yale alum, tell them this won’t fly. Everyone should withhold contributions until this is changed. 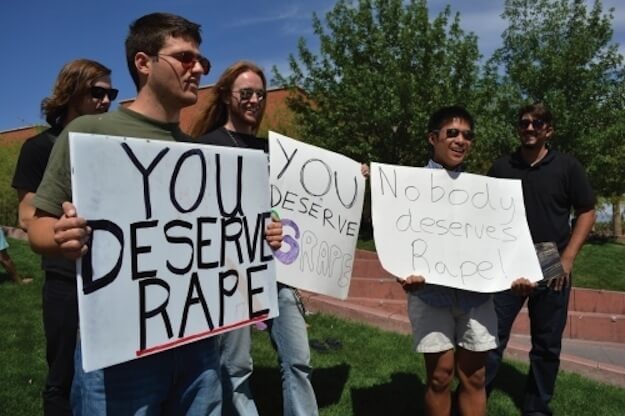 Candidate for Attorney General Dan Donovan claims being Catholic made him anti-choice.

Fact: Many of the most ardent advocates for reproductive rights are Catholics.

Hasnâ€™t he heard of Catholics for Choice? Or Frances Kissling and Jon Oâ€™Brien? (From the mouth of a pro-choice Catholic, click here.)

Fact: According to the New York Times, Donovan is â€œagainst abortion except in cases of rape or incest.â€

Fact: Donovan claims heâ€™ll represent New Yorkers and follow the law, but he kept his alliance with â€œcrisis pregnancy centersâ€ (CPCs) a secret. CPCs are anti-choice facilities that pretend to provide comprehensive reproductive-health clinics but in reality deceive women and spread misinformation about abortion and birth control.

Women cannot trust Donovan!
Fact: A good attorney general can advance our reproductive rights. A bad one can take them away.

Across the nation, anti-choice attorneys general have abused their position targeting womenâ€™s reproductive rights: in Kansas harassing the late Dr. Tiller; in Virginia, working to close 20 safe clinics; and in Michigan trying to outlaw abortion.

Take a moment and watch: Dan Donovan: It Could Happen Here

Choice Matters is proud to endorse Eric Schneiderman for Attorney General. From the frontlines at clinics to the courtrooms to the State Senate, Eric has proven his commitment to a womanâ€™s right to choose.

Excerpt from I am a Prochoice Catholic by Kate Childs Graham, writes for ReligionDispatches.org and YoungAdultCatholics-Blog.com. She also serves on the Womenâ€™s Ordination Conference board of directors and the Call to Action Next Generation Leadership Team.