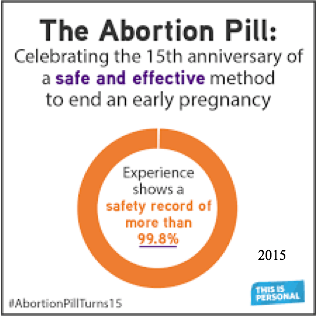 Why is Senator Ted Cruz making fact-less attacks on women’s healthcare, again? Cruz is currently under fire from pro-choice advocates after tweeting, “Pregnancy is not a life-threatening illness, and the abortion pill does not cure or prevent any disease.” GOP senators are calling on the Food and Drug Administration to declare Mifeprex, the “abortion pill”, an “imminent hazard to public health”, and to remove it from the market.

Of all developed nations, the United States has the highest mortality rate for pregnant women. According to the CDC, “about 700 women die each year in the United States as a result of pregnancy or delivery complications.” Further, more than 50,000 women have severe and life-threatening pregnancies each year.

In sharp contrast to these numbers, just 24 deaths are attributed to medication abortions in the 20 years since its FDA approval in 2000. That is out of the 3.7 million women in the US have used medication abortion since then. One study done in 2012 found that “women were about 14 times more likely to die during or after giving birth to a live baby than to die from complications of an abortion.” Medication abortions are not harmful and do not put a women’s life at risk.

GOP senators are using the pandemic as an excuse to advance their anti-reproductive healthcare agenda. There is no statistical or scientific evidence to support claims that medication abortions are dangerous. Actually, all data points to exactly the opposite conclusions.