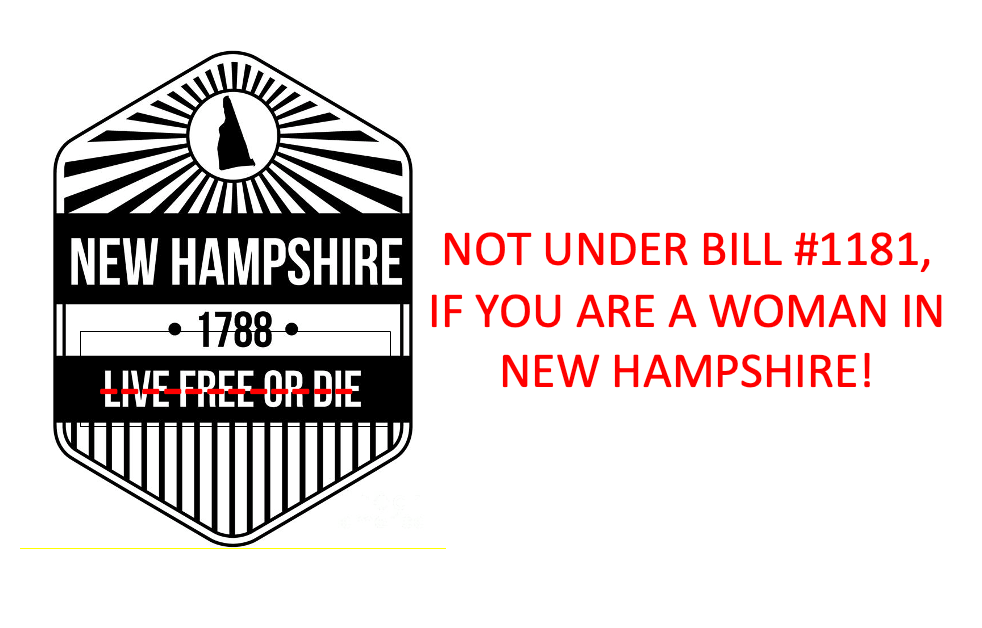 Just days before the 49th anniversary of Roe v. Wade, a bill, House Bill 1181, allowing men to sue women to stop them from having an abortion was introduced in New Hampshire.

Quite literally, a man would be able to hold a woman hostage for the length of her pregnancy. All he has to do is claim he is the father. He only needs to prove it if the woman publicly claims he is not the father. Then, on his say-so, a DNA test will be performed. All of this takes time and denies the woman privacy and control of her own body—and is even applicable if the woman is raped, unless she reported the rape at the time it occurred.

The reality is that if this bill becomes law, it legalizes the ownership of a woman by a man without any responsibility for the subsequent offspring. The bill only details limited responsibilities of the man during pregnancy and none post-pregnancy.

This is a moment that demands courage. The courage to stand up and fight back.  Join us. Make a contribution and/or Volunteer.

We are working 24/7 to pass a clinic access bill here in Westchester and to get sexuality education and insurance reform passed in Albany.

Read More: This Bill Would Give Men Veto Power Over Abortions