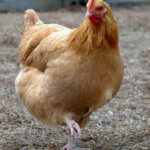 Choice Mattersâ€™ 2011 Chicken of the Year Award Goes to
The Gang of Six
â€”Democratic County Legislator John Nonna and five of his fellow Democratic Legislatorsâ€”for sitting down when they should have stood up!

After months of discussion, review, and dissection, the Clinic Access Billâ€”that would ensure women safe access to reproductive health centersâ€”was voted out of Committee and sent to the Westchester County Board of Legislators for a vote.

All that was expected of the legislators was a vote.Â  A simpleÂ up or down vote.Â  Vote “YES” and we know that you stand with the women of Westchester;Â vote “N0” and we know you are against us. Really, that simple.

The Gang of Six had the opportunity to join with other Democratic and Republican legislators to vote to protect the safety of women entering and exiting reproductive health centers.Â  But, they chickened out.

What did this Democratic Gang of Six do instead? After three long hours of a Public Hearing, primarily by people who believe the fetus is more important than the woman and who have clearly never heard of the separation of Church and State, John NonnaÂ –Â with his gangâ€™s support —recommitted the Bill.Â To recommit is basicallyÂ a procedural move used to avoid a vote.Â  The Bill isÂ sent back to Committee where it can easily be allowed toÂ “die”, perhapsÂ never seeing theÂ light of day again.Â  It is “again” because the last timeÂ that happened wasÂ more than a decade ago!!!

Make no mistake about itâ€”this move by The Gang of Six to avoid a public vote was as much an anti-choice vote as any taken in Congress. The Gang of Six denied Westchesterâ€™s women safe passage to accessing our constitutionally recognized rights to reproductive health care.

And the women of Westchester know The Gang of Six voted against women and are anti-choice. Since our last email we have received innumerable calls demanding to know when these Democrats became anti-choice–And by the way, that’s the way we see it too.

This Gang ofÂ DemocratsÂ has made a very poor calculation and unwise decision. This Gang thinks we will not broadcast their actions because they are Democrats.

WRONG!
Choice Matters is aÂ non-partisanÂ organization and very proud of that fact. We hold all candidates and elected officials accountable, regardless of party affiliation and will continue to do so.

When the Republican-led House of Representatives passed legislation to let women die on a hospital floor rather than perform an abortion procedure that would save her life, we told you how many Republicans and Democrats voted in support of this anti-woman legislation.

Choice Matters will not protect legislators who turn their back on a womanâ€™s right to choose.

We Challenge You,
Westchester County Board of Legislators!
There is a majority of County Legislators who claim to be pro-choice. If they are truly pro-choice, theyÂ mustÂ bring this legislation to the floor for a vote immediately.

If they do not bring it to the floor, or they voted against it, we will find candidates to challenge these legislators. We have no use for empty suits!

More than a decade ago, Senator Andrea Stewart Cousins and Assemblyman Tom Abinanti, then County Legislators, fought to ensure that women had safe access to women’s reproductive health centers. Unfortunately, they were not successful.

It took us more than ten years to get to this point, and our â€œleadersâ€ ignored us, turning back the clock.Â Â No one can blame the Right-to-Life County Executive.Â  It didnâ€™t even get to his desk!

For the record, 1. The Bill was carefully reviewed to make sure that it was 100% in compliance with First Amendment rights â€“ for all parties involved;Â and,Â 2. There is no other law–not state or federal–that presently protects Westchester’s women’s safety as they enter health centers.

We are putting you on notice,
County Legislators:
Stand up for the women of Westchester, or get replaced!!