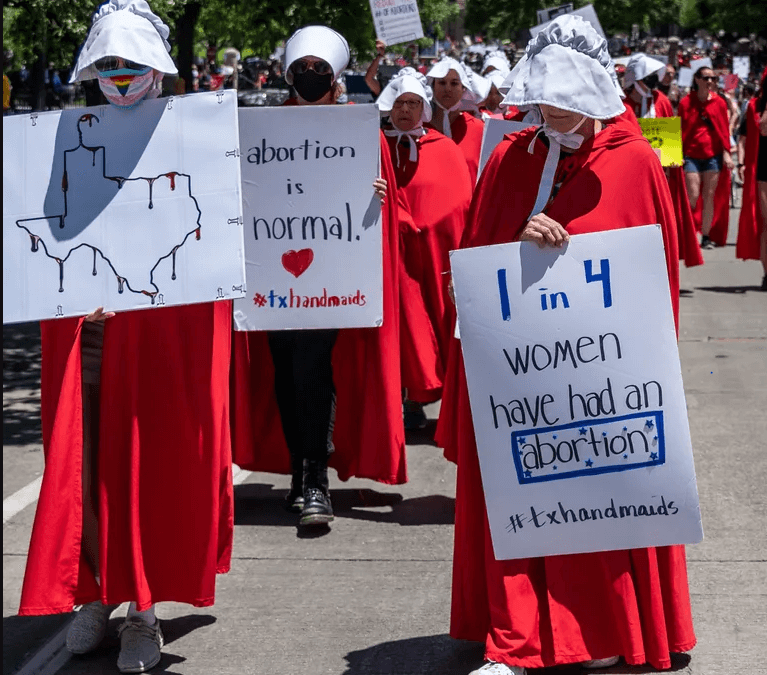 Texas has passed the most extreme abortion ban since Roe.

Texas is leading the charge “deputizing ordinary citizens to sue anyone involved in the [abortion] process.” NYT, 7/9/2021

This is NOT the time to “duck and cover”. This is a time to rise up.

Texas Governor Greg Abott signed into law a bill that prohibits abortions after a heartbeat is detected, which can be as early as six weeks – before many people even know they are pregnant – without even an exception for pregnancies resulting from rape or incest.

This Texas bill is truly evil and Machiavellian. It empowers anybody to sue every single person – from the uber driver to the clinic escort to the doctor to the babysitter watching the patient’s other children – involved in a woman’s medical choices. And if they win the lawsuit, they can be awarded $10,000!

————-
The Texas Ban
Yes, it’s unconstitutional!
Yes, it violates HIPAA and the right to privacy
– And YES, it violates Roe.
********
A 6-week-abortion ban = an outright ban on abortions.
(6 weeks = 2 weeks after a missed menstrual cycle.)
AND
Almost ANY private resident is empowered to SUE ANYONE involved in an abortion occurring after 6 weeks according to their personal calculations!

“Citizens, Not the State, Will Enforce New Abortion Law in Texas” The New York Time