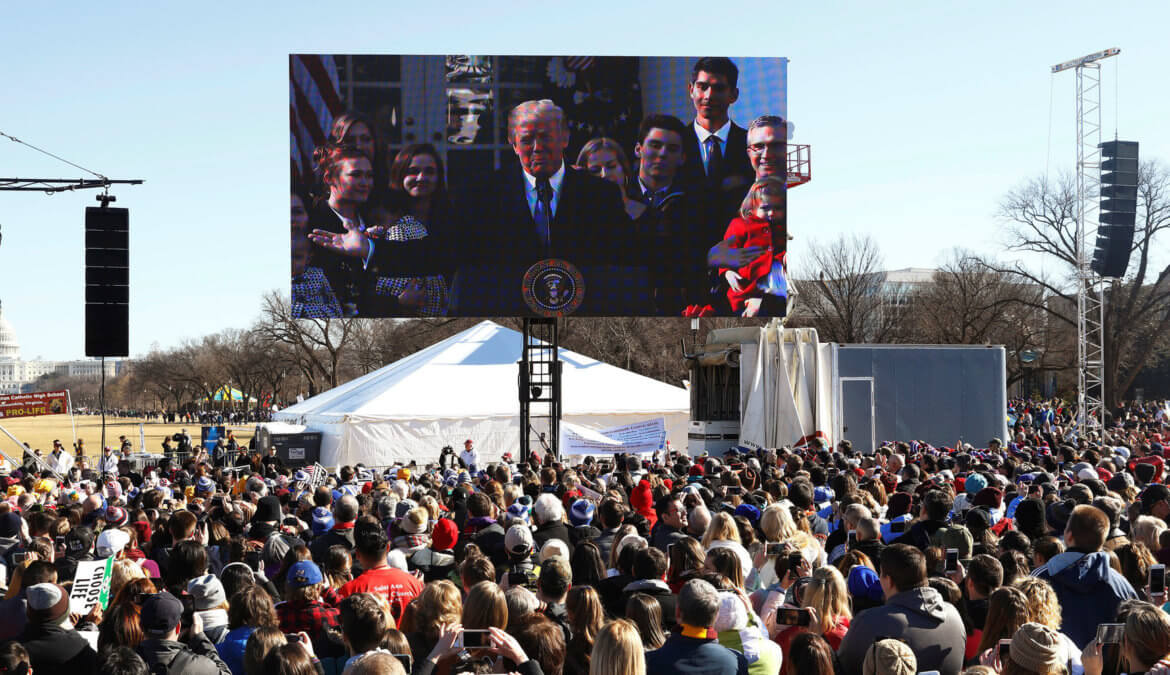 Children are being torn from their families, put in cages, and left uncertain if and when they’ll see their parents again. This is the reality for over 2,000 immigrant children as a result of Trump’s zero-tolerance policy which began in May, and for months before as a part of a “pilot” program. Not only is the policy inhumane, but it also exposes a real hypocrisy among many politicians. How is it that the very elected officials who champion the rights of the fetus are ready to throw the “born” into concentration camps?

Many of these politicians who refuse to support a comprehensive reunification program of children with their parents are also the politicians who rally behind the message that “every life” has value and should be protected by society. According to the anti-woman Pro-Life Action League, “Every child, regardless of the circumstances of his or her conception, will be welcomed and loved.” – unless that child happens to be non-white. Many of the same people who’ve been silent or indifferent to the crisis produced by Trump’s zero-tolerance policy profess support for the anti-choice “right to life” stance. This message – touted by mostly white male representatives – apparently does not apply to the lives of immigrants who are not in-utero, and are coming to this country from non-white nations.

Every Democrat in the Senate signed a bill that would have prioritized connecting the State department with various countries’ governments to facilitate immediate family reunification. The bill would have also addressed some of the issues affecting immigrant men, women, and children such as rape, sex-trafficking, femicide, and violence. But not one single Senate Republicans has supported the bill – without which it cannot pass the Senate!

Separating these children from their parents, most of them below the age of 12, is a complete rejection of their emotional and physical well-being. Doctors and child welfare advocates not only cite the damaging effect of the short-term anxiety experienced by the separated children, but also that it puts them at a higher risk of PTSD, depression, and attention deficit disorder. These care facilities, regardless of their good intentions, cannot provide the concentrated love and comfort that shape children during their early developmental stages. Further, the longer the period of separation, the longer the recovery will take.

As one contract worker wrote, “They’re in crisis. They’re just crying uncontrollably.” “We’ve seen young kids having panic attacks, they can’t sleep, they’re wetting the bed. They regress developmentally, where they may have been verbal but now they can no longer talk.”

In addition, because there has been no tracking of the children, the reunification process will take months.

This kind of major governmental failure is not uncommon when it comes to immigrants of colors. As a nation, we’ve systematically shut out non-white immigrants throughout our history. Whether it was the Chinese Exclusion Act, The Immigration Act of 1924, or trying to stop immigrants from “shithole countries,” racial identity plays a major role in one’s ability to come to the U.S.

Trump’s own wife is a recipient of this privilege. Melania is a recipient of the Einstein Visa (for a reason no one is quite sure of,) and was able to sponsor her parents’ immigration as well. But this familial sponsorship is now considered to be “chain-migration” by her husband and he’s working to dismantle it.

It becomes more important as Trump destroys the lives of so many immigrant families to call out the hypocrisy that infects his government, and his family. Anything less than reunification must be called out so our country can finally treat every immigrant, regardless of their skin color, as human beings.

Why do anti-choice fanatics think the rights and well-being of “born” children are less important than the rights of fetuses? Because their position is based on controlling women. The separation and division of immigrant families are about control and humiliation – just like their anti-choice one is about doing the same to women.